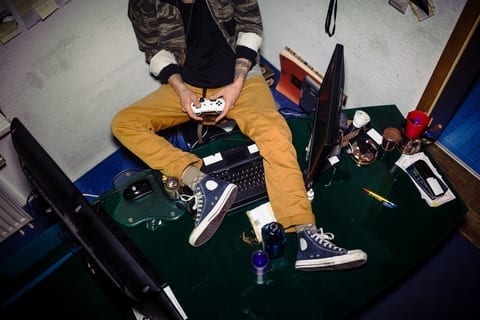 When choosing an activity, it’s all about intent

Time. It’s a commodity we all have at our disposal. For chronic online video gamers, streamers, tech users, or social media influencers, time offline feels empty and boring. This is one of the reasons why trying to replace acitivites like video gaming, Internet surfing, snap chatting, or streaming with offline activities often fails. For a heavy user, the brain rewards received by your online activity of choice far outweighs the rewards received by engaging in offline activities, even ones that should be rewarding.

Our recommendation is to plan offline activties with an intent in mind. For example, a parent might say, “go outside and play.” Sure, this is an excellent actvity for many reasons. That said, a person whose brain is highly rewarded for online video gaming may feel depressed when offline, and going outside just doesn’t seem to help them feel any better.

Having an intent behind “why” you’re doing a particular activity might make all the difference when participating in even simple activities feels challenging. Each of the activites listed in this guide have an intent behind them. Eating healthier has been shown to lead to less depression. Thus the intent behind the actvity is not only to lesson the amount of time spent online, it’s to reduce your symptoms of depression. When you feel like giving up because it feels boring, you can rise to the challenge when you understand that engaging in the activity over time will improve your mood, and help you feel better.

The following activity list is designed with the mutual intent of reducing time spent online while improving your overall well-being.

In 10 years of working with people in treatment for video game addiction, we have found that one of the first replacement activities they turn to is fantasy reading, fantasy drawing or other related activity. While we pass no moral judgement on fantasy books, or these type of activities, we do suggest for your consideration that these replacement activities are a way for the brain to continue providing the neural stimulation and rewards which was occurring while video gaming. Thus, if you really want to change your online use habits, pick up a self-help book, or engage in non-fantasy related activities.

Online pursuits involve a significant amount of time being immobile; sitting, neck looking down, and body fairly still. The human body is designed to move in order to stay physically healthy. Of all the activties which promote a healthier mind and body, movement tops the list.

Online pursuits involve a significant amount of time being immobile; sitting, neck looking down, and body fairly still. The human body is designed to move in order to stay physically healthy. Of all the activties which promote a healthier mind and body, movement tops the list.

COVID-19: We are OPEN and doing well
Demand for our services has been steadily increasing as a result of the excessive use of digital media during the Coronavirus pandemic. We're here when you need us.
Learn how we are responding to this crisis
X