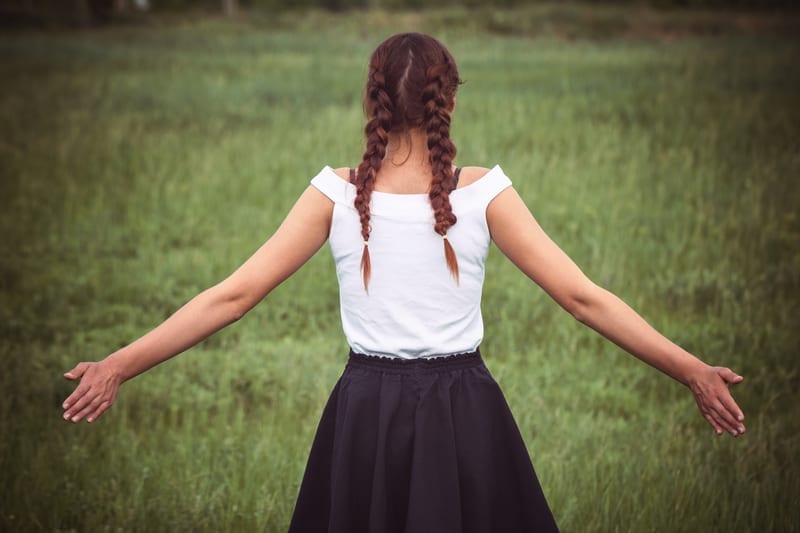 “Begin to tune in to that body-mind connection…” urged the Lulu lemon-clad instructor at the start of my group exercise class. Shortly followed by, “ . . .  remind yourself why you came today.”

As a counselor and dance/movement therapist, I am no stranger to these buzzwords but, today, they gave me pause. What are we really talking about when we talk about the body-mind connection?

More and more in recent years, mainstream society’s understanding of mental health seems to be waking up to a reality that dance/movement therapists and somatic practitioners have been aware of for years:the notion that the mind and the body are intrinsically connected. So much so, that a change in one influences a change in the other—a concept that movement therapy has used to facilitate psychotherapeutic treatment for over half a century. Of course, the awareness of a unified mind and body is an ancient one in Eastern philosophies, but in the 17th century René Descartes famously reinforced the old Greek notion of a mind-body split, which has dominated mainstream thinking until recently. Now as our Western society attempts to integrate ‘somatic’ or ‘embodied’ practices, it seems we run the risk of shaving them down to fit into the cerebral boxes with which we’ve become so comfortable.

But What is It, Really?

I often hear the mind-body connection defined as our ‘thoughts, feelings, beliefs, etc.’ affecting our physical and biological body. While not inaccurate, separating our cognitive processes from the physical seems to be at the root of this great body-mind divide that we experience as a culture. As Christine Caldwell, PhD, puts it in her recent book Bodyfulness, “Eastern traditions typically don’t separate the mind from the body,but treat mind-body unity as an achievement rather than an essential state. This unity must be physically as well as intellectually cultivated . . . The issue is about coming home. The body isn’t a thing we have, but an experience we are.”

At Home in Your Body

When we attempt to solely control our cognitive and physical processes through intellectual means, we lose this experience. Our mind does not control the body; rather is it housed within our bodies-part of the greater whole. What we typically think of as products of the mind, our thoughts, feelings, beliefs, are constantly occurring and moving within the body. When we recognize our bodies as a container for the movement of emotion we can release some of our society-wide desire for control and begin to familiarize ourselves with the feeling of being at home in our bodies—become curious, even, about their non-verbal language!

As I attempted to “remind myself why” I had gone to my boutique workout class this morning, (amidst the cues for ‘tiny pulses’) I noticed myself cognitively filtering through various reasons and stumbling over rationales for why I ‘should’ or ‘should not’ use them as motivators for engaging in physical exercise. I had become completely absorbed in my cerebral functions just moments after being asked to “tune in to that body-mind connection.”I decided to ask my body what she felt about all this. She continued to breathe, and move, and pulse, and lengthen, and shrink, and explore; grateful to be host to the mind’s inquiry. Ina world in which our intellectual skill are increasingly favored through technology and media, and heavily influenced by the external stimuli of those platforms, an integrative dialogue with the feeling wisdom of the body is more important than ever.